On June 1, the 80th anniversary of the U.S. Supreme Court’s landmark decision in Skinner v. Oklahoma, I participated in a panel at Georgetown University Law Center on “The Unknown History of Reproductive Rights & Eugenics: From Skinner to Roe.” 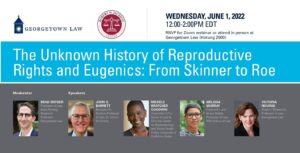 In Skinner, the Supreme Court unanimously declared unconstitutional an Oklahoma law that provided for the sterilization of some thrice-convicted “habitual criminals.”  Jack Skinner, a state prison inmate, won a decision that protected his reproductive capability and autonomy.  The decision became an important starting point for constitutional law doctrines that protect individuals from government regulations and penalties in the areas of contraception, abortion, private intimacy, and other fundamental rights.

The panel is available on C-SPAN.  My lecture, about Justice Robert H. Jackson’s concurring opinion in the case, other aspects of his judicial work, and his work as U.S. chief prosecutor at Nuremberg, begins at time counter reading 21:20. 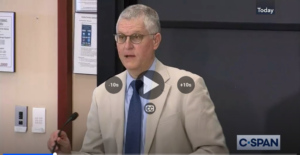