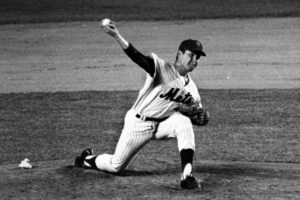 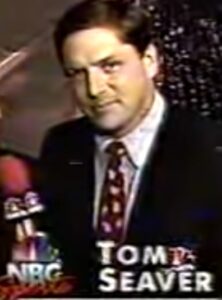 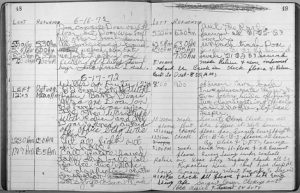 In this trying time, death notices are tragic but also, sometimes, quite consoling.

An example:  On March 22, 2020, the New York Times published this notice of Dr. Salah Al-Askari’s death.  He lived more than ninety years, a great span.  He was an accomplished physician and researcher whose life and skill benefited many others.

One particular is that in 1967, Dr. Al-Askari performed the first successful transplant of a kidney from a cadaver into a living person, and today, more than fifty years later, that kidney recipient is still living.

That fact makes, no doubt, that person’s day.  And it made mine.

Frank Anderson, a senior Central Intelligence Agency (CIA) operative, died last month.  As his obituaries report (here is one in the New York Times and here is one in the Washington Post), he worked on major matters, including the provision of U.S. covert military aid to the mujahadeen fighting the U.S.S.R. in Afghanistan in the 1980s.

Mr. Anderson was a source for author Kai Bird’s excellent book The Good Spy: The Life and Death of Robert Ames (2014).  Bob Ames was another very important CIA officer during the 1970s and 1980s, until he was killed in the truck bombing of the U.S. Embassy in Lebanon in 1983.

Anderson’s NYT obit includes this quote from Bird about advice he received from Anderson as he (Bird) was researching Ames:  “[E]xercise caution with stories that can only be corroborated by dead guys.  Fabricated stories are almost never made up out of whole cloth, but are made by stitching together generally known facts with bits of uncheckable fantasy.”

I think that’s wise.  I try to remember that as I interview people about now-gone persons and then write about their history.

And of course I hope that it’s wisdom that Anderson actually said to Bird.

Mr. Bird is a serious, skilled researcher and writer, so I trust that it is — that’s just a joke.

As you might know, I write about Robert H. Jackson (1892-1954), United States Supreme Court Justice and Nuremberg chief prosecutor of Nazi war criminals following World War II.  Jackson is one of the most enduringly significant lives of the 20th century.  Among other things, I am a Jackson biographer, discoverer and editor of his acclaimed book That Man on President Franklin D. Roosevelt (which also is a Jackson autobiography), author of many articles on Jackson, a regular lecturer across the U.S. and internationally on Jackson and related topics, and a fellow and board member at the Robert H. Jackson Center in Jamestown, New York.

An outgrowth of all that is that I email a few notes each month, on Justice Jackson, the Supreme Court, Nuremberg, and/or related topics, to “The Jackson List.”  It is a one-way, private email list that reaches many thousands of direct subscribers—teachers, students, scholars, lawyers, Judges, and other learners—and, through their forwarding, reposting, blogging, etc., many others around the world.

In the past, I have used this blog site to post items as they are sent to The Jackson List.  But it has migrated to a new platform and better technology.  (Thank you, IT aces!)  So from now on, new Jackson List posts will go by email to The Jackson List and, simultaneously, be posted on its archive site—

Thanks very much for your interest, and for spreading the word.

Three generations of a super family—the matriarch, age 93, plus her daughters, a son-in-law, and three adult grandchildren—invited me to dinner last night.  It all, including great conversations, was a delight.

Grandma’s health now isn’t as strong as it once was.  But she took great, smiling delight last night in being with her loved ones.  She answered direct questions and nodded and smiled when she got hugged (a lot).  Mostly, as the conversations ran around the dinner table, she watched and enjoyed the good food.

So we spoke about the 1950 wedding.  Then our conversation turned to who thinks what about the current Democratic presidential candidates.

Grandma spoke then, quietly but very clearly:  “Who was the best man that we had?  Recently.”

A granddaughter, thinking that Grandma was going back to the previous conversation, sought clarification:  “Do you mean who was the best man at your wedding, Grandma?”

One of her daughters knew what she was saying—that she was joining in our talk of politics and presidents.  “Do you mean Barack Obama, Mom?”

When the international trial of the Nazi arch-criminals began in Nuremberg in November 1945, Rudolf Franz Ferdinand Höss (in English, Hoess) was known to have been the commandant of…

UPDATE:  This post, edited a little bit and enhanced with photographs, now is on the Jackson List archive site, which is searchable, in PDF film form.

During his seven-plus years as a high official in the Executive Branch of the United States Government, Robert H. Jackson served mostly in the U.S. Department of Justice.  Yes, Jackson…

Below, for reading on this day after Independence Day and on other days, is the speech that Robert H. Jackson, then Attorney General of the United States, delivered in a radio studio on Friday, July 4, 1941. ….